MUSHROOMS CAN SAVE THE EARTH

How much do you know about Mushrooms?

I thought I knew quite a lot about mushrooms until I came across Paul Stamets.

What I have found about out is mind-blowing.

What can Save the Earth?  Mushrooms.

Why you should listen?

Here at Living Natural and Saving Nature want to bring you information that is highly researched.

It is for your benefit. 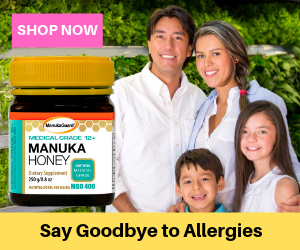 Long before any of us were on this earth, even before trees took over the land, the earth was covered in giant mushrooms.

“The largest living organism in the world today is a honey fungus measuring 2.4 miles (3.8 km) across in the Blue Mountains in Oregon”.

Now I will introduce Paul Stamets – he is the reason why you should listen.

Paul Stamets’ research is based on the Northwest’s native fungal genome, MYCELIUM.

Paul has also developed and filed 22 patents for mushroom-related technologies.

These include pesticidal fungi that trick insects into eating them and mushrooms that break down neurotoxins used in nerve gas!

You can hear more from Paul later in this article, and I highly recommend you stop and watch his video.

(this information is sourced from Paul’s research)

This will be based on Paul’s six mycological solutions, based on mycelium.

What does Mycelium do?

Masses of Hyphae are called Mycelium.

“Mycelium is the vegetative (reproductive) part of a fungus or fungus-like bacterial colony, consisting of a mass of branching, thread-like hyphae“.

Mycelium infuses into the land and holds the soil together.

It inhales oxygen and exhales carbon monoxide, just like us!

Did you know that we are more closely related to fungi than to any other kingdom!

Mycelium also produces oxalic acid and lots of other acids and enzymes.

Mycelium is a fast-growing organism and one of its many uses is to decompose organic compounds.

There is a lot more to Mycelium than we think, now I will go into ways this little beauty can save the world.

Paul Stamets did an experiment where he laid some mycelium on an oil spill.

Insects began to get attracted to the now pile of carbohydrates.

Then birds came to eat the insects.

The birds dropped vegetation seeds, and a new eco-system was in the making.

The other piles of oil, “were dead, dark and stinky” as Paul described it.

Just Imagine what Mycelium could clean up in this World of ours.

After the Oil experiment was so successful.

Paul decided to try another idea he had to reduce bacteria in waterways close to farms runoffs.
So he created Burlap sacs and filled them with debris and mycelium.

He placed them downstream from farms runoff.

Within a few days, there was a huge decrease in coliforms and Paul stated: “the mushrooms had reduced the bacteria by 10 000 times”.

Along with the Department of Defense, Paul Stamets went on to research and test another mushroom called Agarikon.

Agarikon lives in old-growth forests and is extinct in Europe and very rare in the U.S Pacific Northwest.

Paul said, “I then think that we can make the argument that we should save the old-growth forest as a matter of national defence”.

Pictured is Paul Stamets with a huge Agarikon Mushroom.

Some fungus-based insecticides don’t work on creatures like Termites, carpenter ants and other insects you find around the house.

This is because the insects know how to avoid spores.

Paul wanted to make something that did work.

So he got to and developed a mycelium that didn’t produce spores.

He tried it on Ants.

The ants were attracted to the mycelium (with no spores), they took it, gave it to their Queen and one week later no Ants.

Although he did mention that ant carcasses he saw around the house had popped out mushrooms!

This was also a great bonus factor as it warned other Ants and Insects (that don’t like spores) away from the house.

Mushrooms as a Fuel Source

Mycelium has the potential to move the world away from fossil fuel.

Paul Stamets has figured out that instead of the energy being wasted by going from cellulose into ethanol, he would use mycelium as an intermediary.

This allowed the fungus to naturally convert the cellulose into fungal sugars instead.

“I think that we need to be ecologically intelligent about the generation of fuels,” Stamets said. “So, we build the carbon banks on the planet, renew the soils.”

The primary role of fungi in an ecosystem is to decompose organic compounds.

This means that fungi have the potential to consume pollutants from their environment.

Petroleum products (Oil) and some pesticides are organic molecules built on a carbon structure so can be a source of carbon for the mycelium to grow and remove it from the soil.

“A group of Indian and Italian architects has built a pavilion in southwest India using mushroom mycelium, to demonstrate how the material could be used to create temporary venues for major events“.

I have saved the most remarkable for last.

Mushrooms can save the HONEY BEE

In this video Louie Schwartzberg and Paul Stamets, discuss an unexpected solution: mushrooms.

Causes of the Colony Collapse Disorder (CCD) has been the focus of many scientists over the last few years.

The main cause that has stood out is The Varroa Mite.  Click here to read more on Bees and Diseases.

The Varroa mite is like a bee flea.  A tiny parasite that sucks bees blood.  Click here to read more on Honey Bees.

It also transmits viruses that can spread throughout a colony really quickly.

This nasty mite reproduces fast and so you need to keep on top of it as a beekeeper.

If you don’t have a good regime for managing Varroa Mite in your hives the Varroa Mite can become resistant to treatments.

While the research on the cause of CCD has been underway, other Scientists have been researching and developing more sustainable solutions to the Varroa Mite.

Most surprisingly, a Mushroom is one of the most promising ways to get on top of and control Varroa mites.

Metarhizium anisopliae is a widely-distributed Mushroom that is known to parasitize a number of insects.

Researchers from The Washington State University found that hives treated with Metarhizium are much healthier and live longer than untreated hives.

They found using the spores and extracts from this Mushroom in low doses does not harm the bees but it kills the Varroa Mites.

Researchers stated ‘While large-scale trials are just now being implemented, early results suggest that a common mushroom may hold the answer to at least one major driver of honey bee declines’.

This could be a step forward in curbing the mortality rate of nature’s most prolific pollinator.

In considering what Trump has just done for the Honey Bee, we all need to start growing Mushrooms.

And these great reads by Paul Stamet

The Magic of Mushrooms

I really do think that Mushrooms are magical.

They were here before us which gets the mind thinking a lot.

All the information above is to share with you and everyone.

Paul was introduced to me, and I was so blown away I had to share it with you all.

Mushrooms really can be the answer to some big world issues.

These issues are on the same scale as global warming.

WE NEED TO ACT NOW.

I am starting to grow mushrooms at home, I got my kit through Amazon, here are a few to get you started on your mushroom growing.

Disclosure Keep in mind that we may receive commissions when you click our links and make purchases. However, these are only products that we believe support our philosophy, any money we receive is donated to organisations that work to protect our Earth. We try our best to keep things fair and balanced, in order to help you make the best choice for you.

What can save the World?

I hope you now have a great appreciation for mushrooms, and now know that they could save our World.

If you would like to leave any comments we would love to hear from you.

You can also email us daisyk78@ourworldmotherearth.com

2 thoughts on “What Can Save the World?” 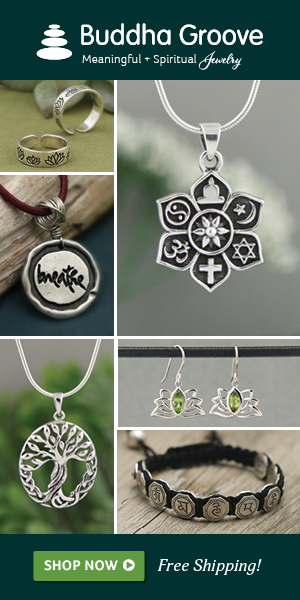 If you would like any of their products please email me at daisyc78@gmail.com

They have great products and great prices.

Calling all Kiwi Kids from age 5-13

This is a fantastic opportunity for kids to get involved in conservation.

I encourage you all to join, to do so go to the link below.

We do no receive any commissions for this.  Free advertising in support of our beloved NZ.

Keep in mind that we may receive commissions when you click our links and make purchases. However, these are only products that we believe support our philosophy, any money we receive is donated to organisations that work to protect our Earth. We try our best to keep things fair and balanced, in order to help you make the best choice for you.

Scroll back to top